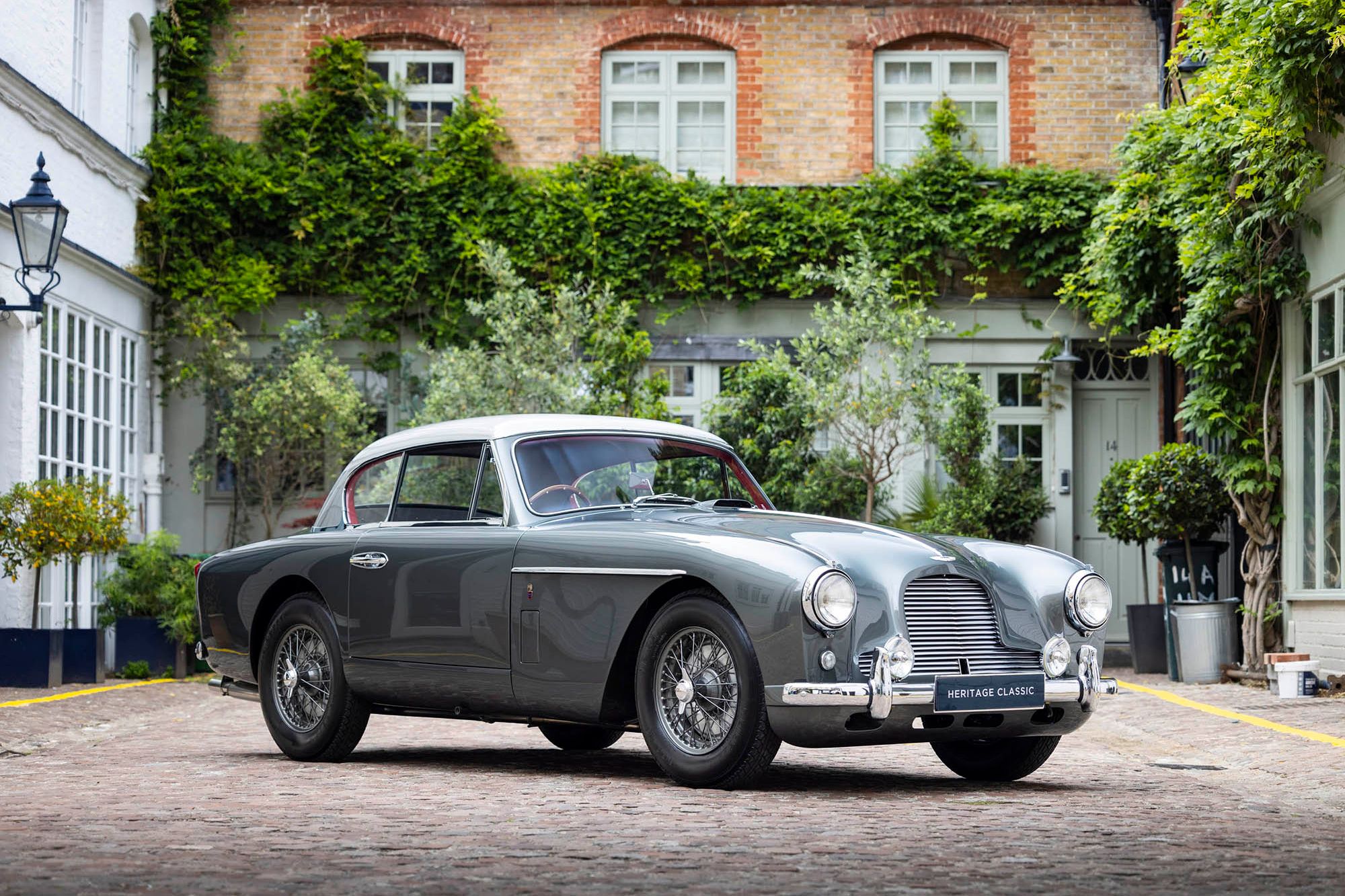 The need to widen the appeal of the already-successful DB2 resulted in the launch in October 1953 of the 2+2 DB 2/4 “Notchback”. Extensive revisions to the car's rear end arrangements made room for two occasional seats and more luggage space with easier rear compartment access via the hatchback rear door. In addition, a raised roofline, one-piece windscreen, larger bumpers and other detail styling changes differentiated the newcomer from its predecessor. The W O Bentley-designed 3-litre produces 140bhp engine with the car's top speed of 118mph (190km/h) with 60mph (97km/h) and reached in around 11 seconds.

While mechanically very little different from its predecessor the DB2/4 Mk II, the car is readily identifiable by its subtly altered lines, the most significant change being a ¾" increase in roof height that afforded greater headroom. Flashing indicators and discreet tail fins made an appearance, as did chromed trim strips running from the front wheel arch tops to the door shuts, below which the bonnet sides were now fixed, thus lightening the bonnet assembly. Interior improvements included better seats and a proper fly-off handbrake.  Thirty Four DB2/4 fixed-head coupés were produced, with only 16 delivered in the UK.

# AM.300/1288 was first registered on the 27th of May 1957 and with just 5 owners from new, including Captain Farshaw, the car still retains its original registration number, WBJ 555, as issued by the DVLA upon first registration.

Having just completed a body-off restoration, this Aston is resplendent in two-tone grey with burgundy hides. 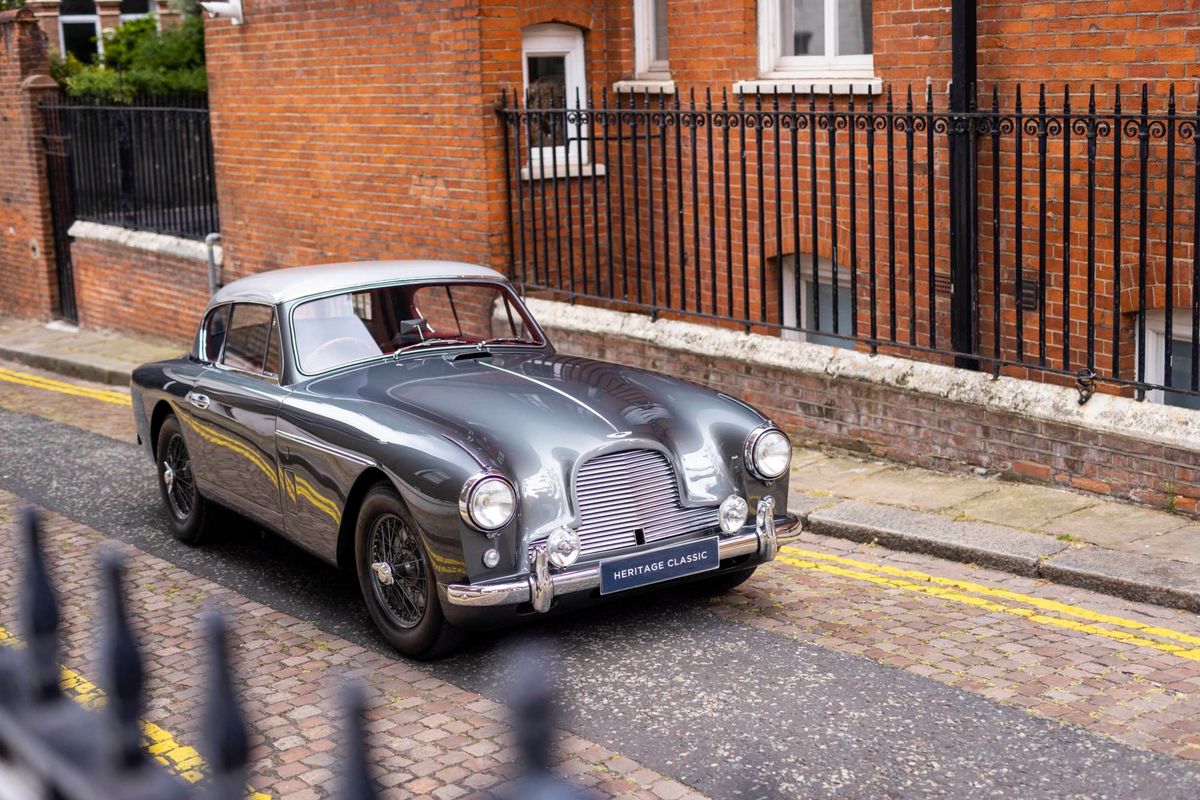 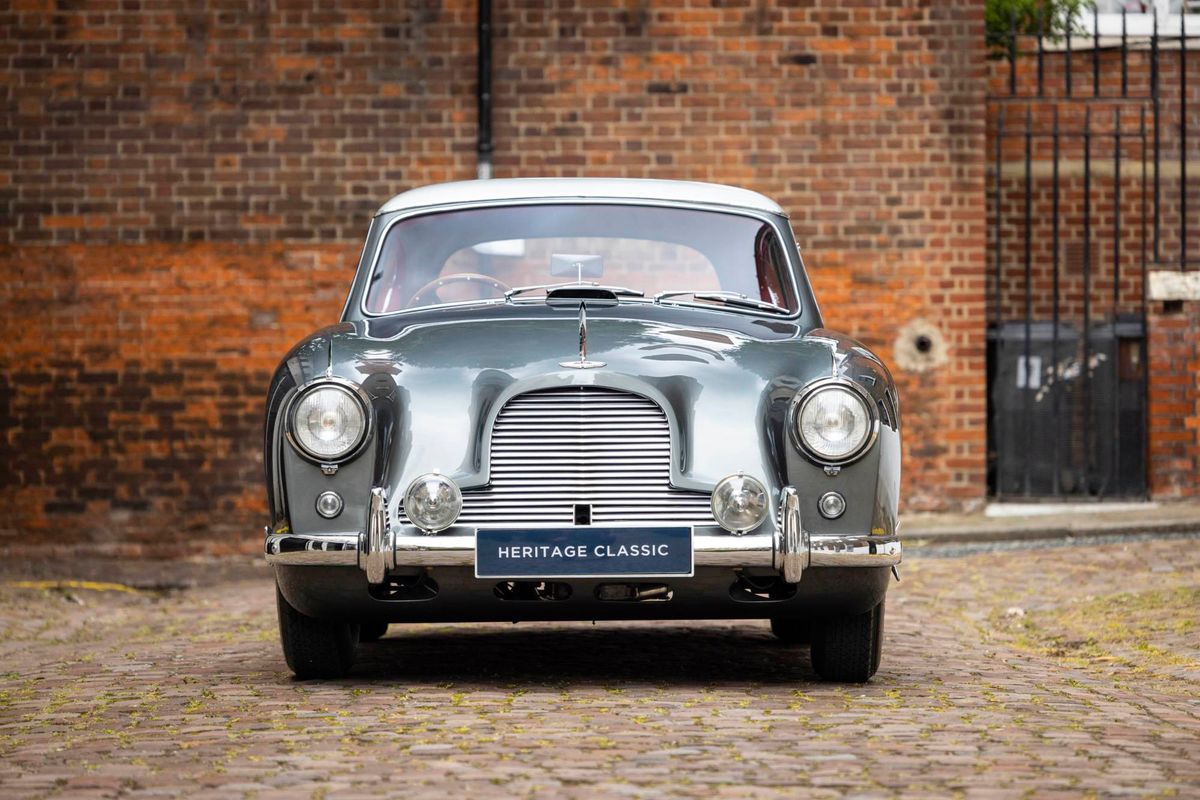 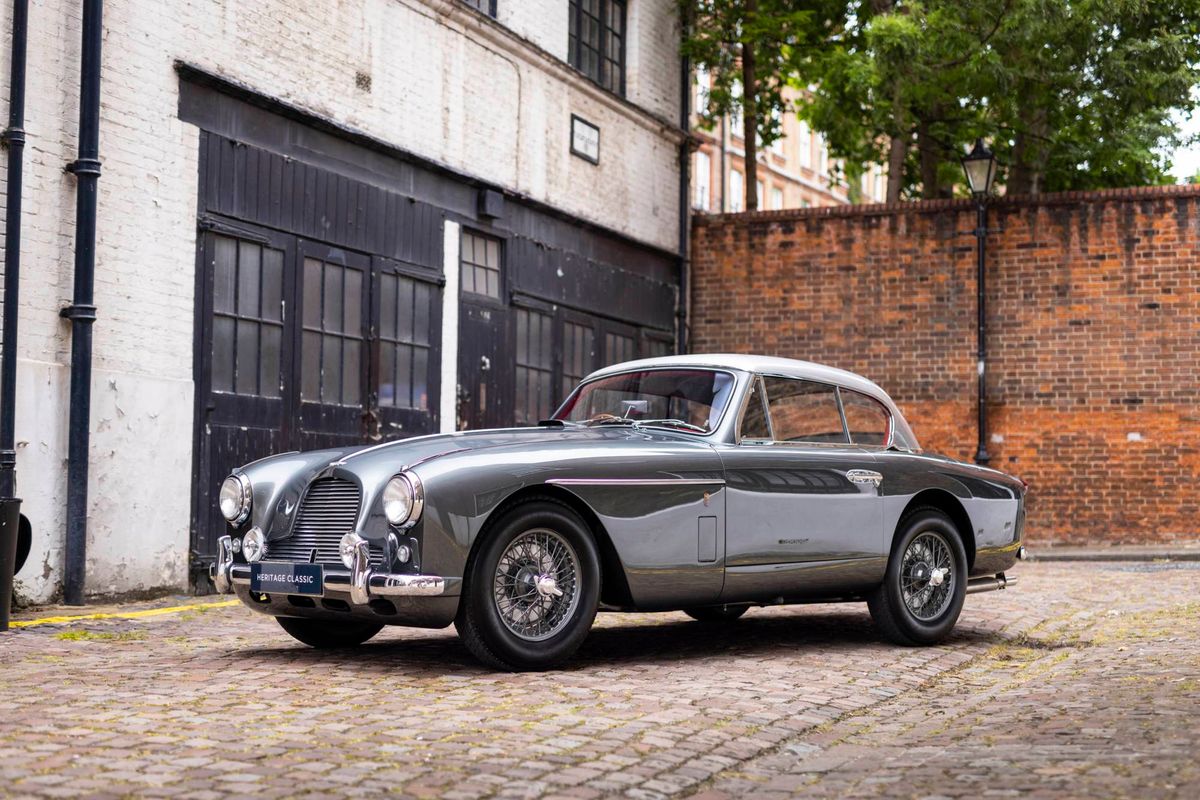 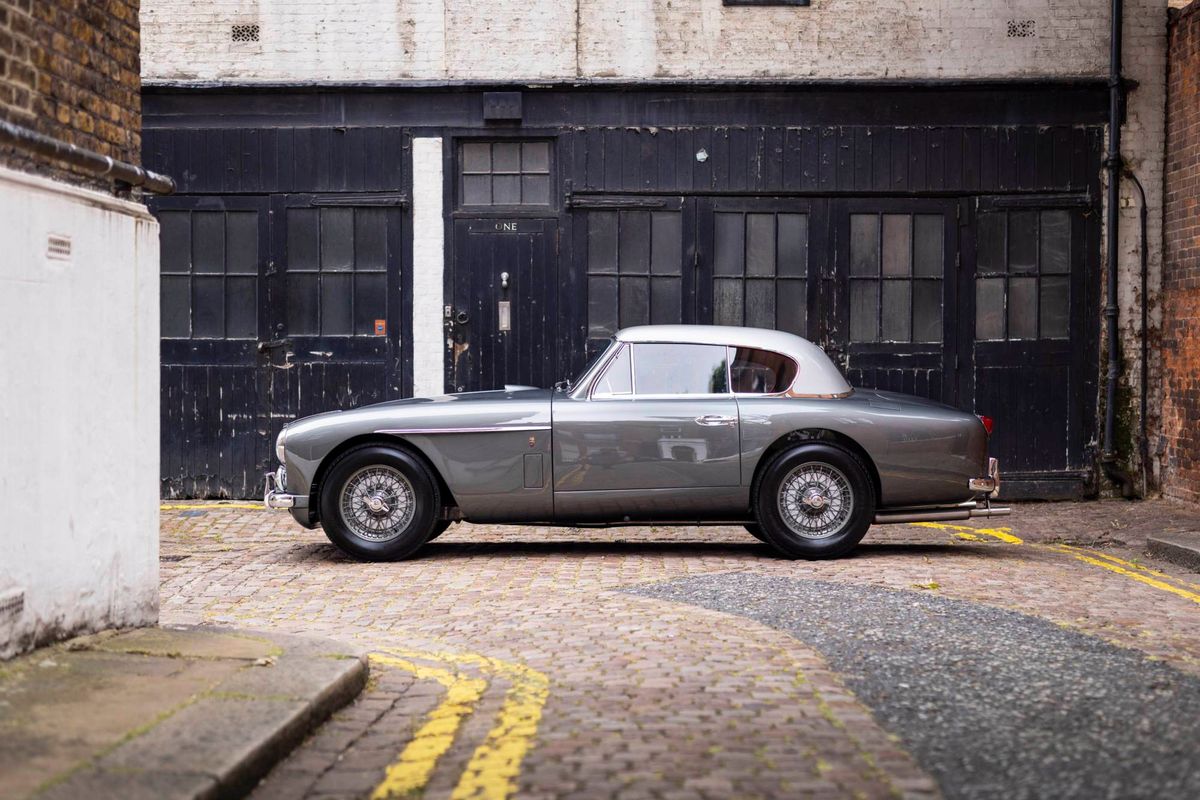 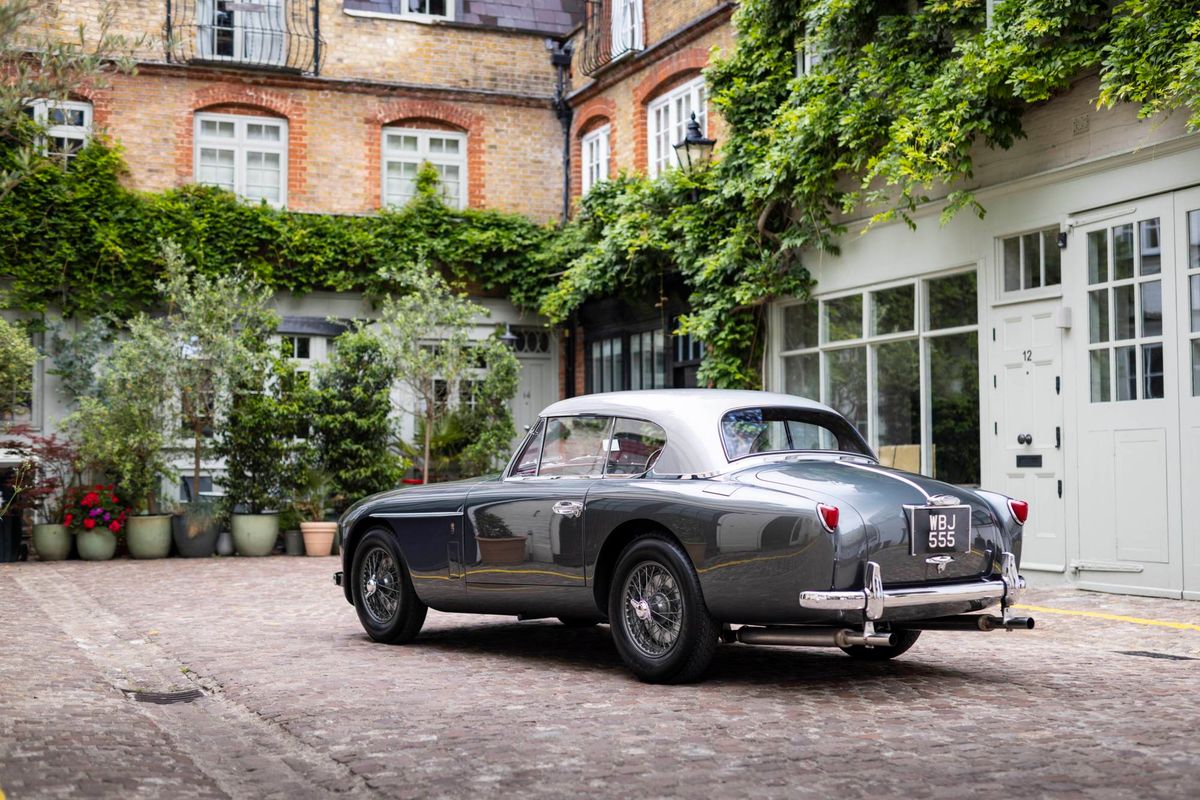 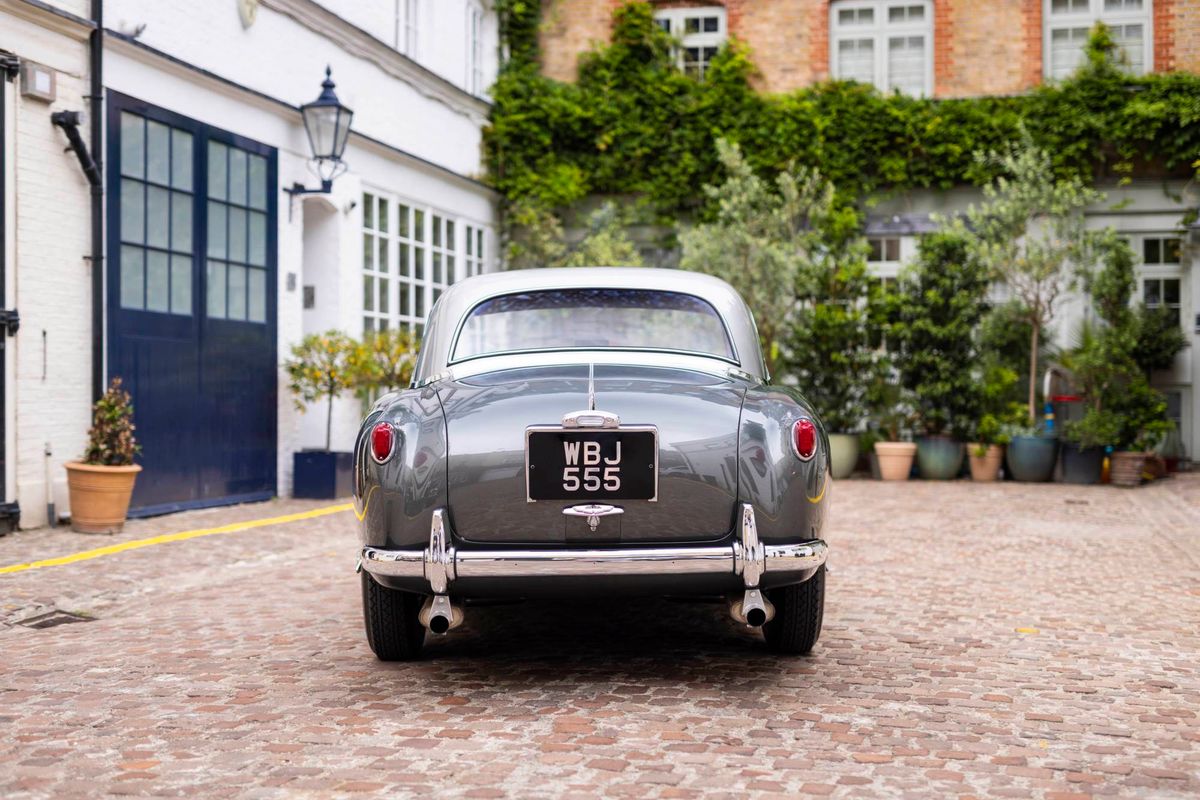 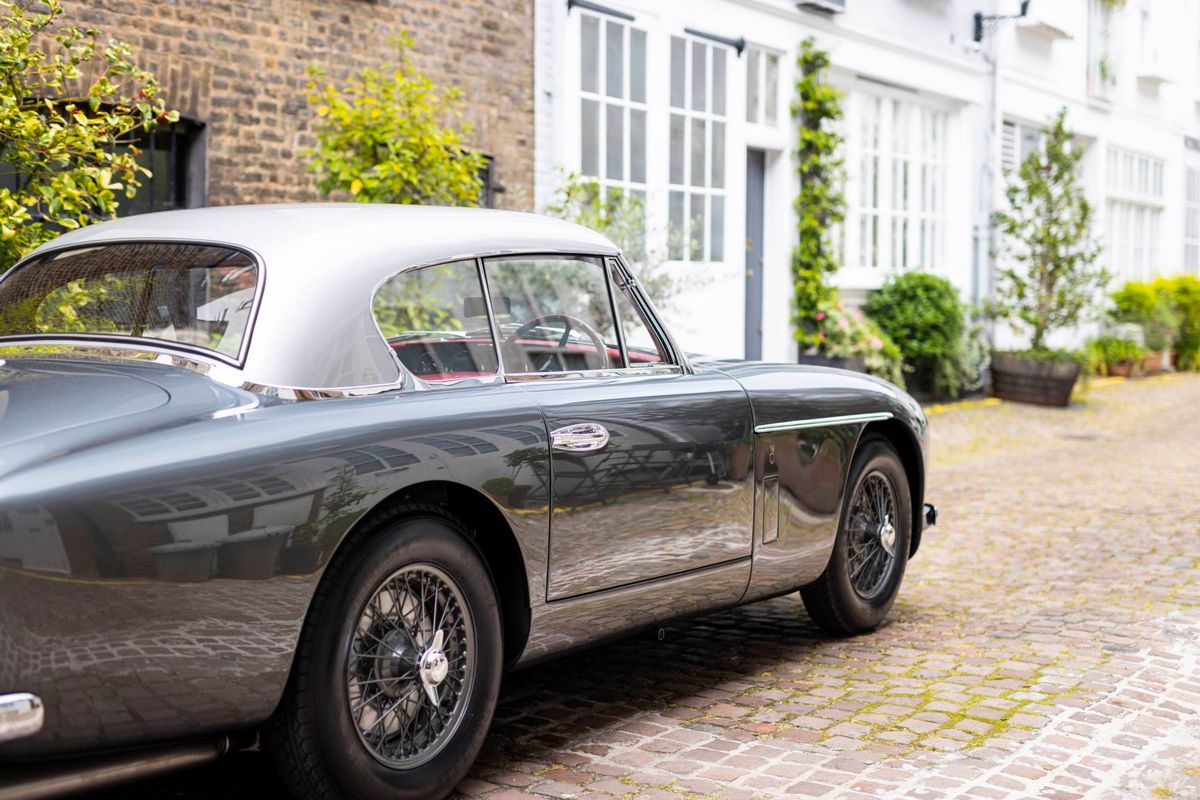 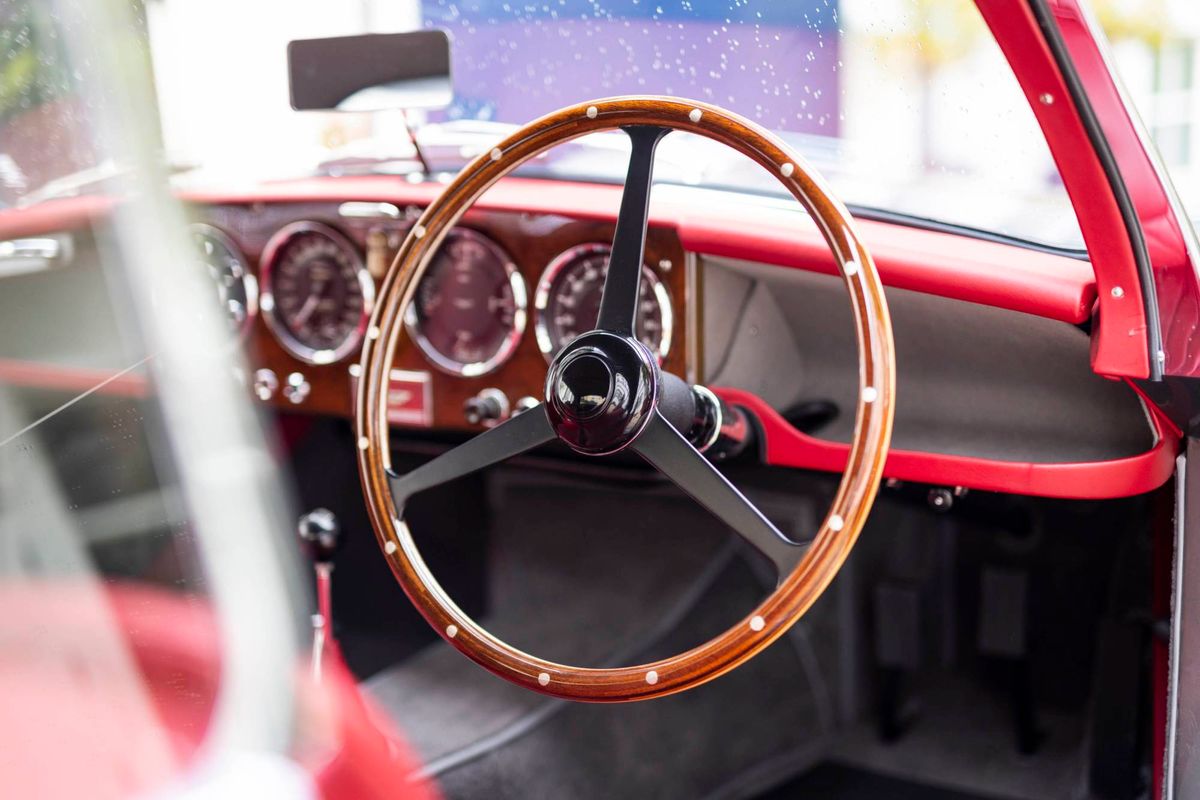 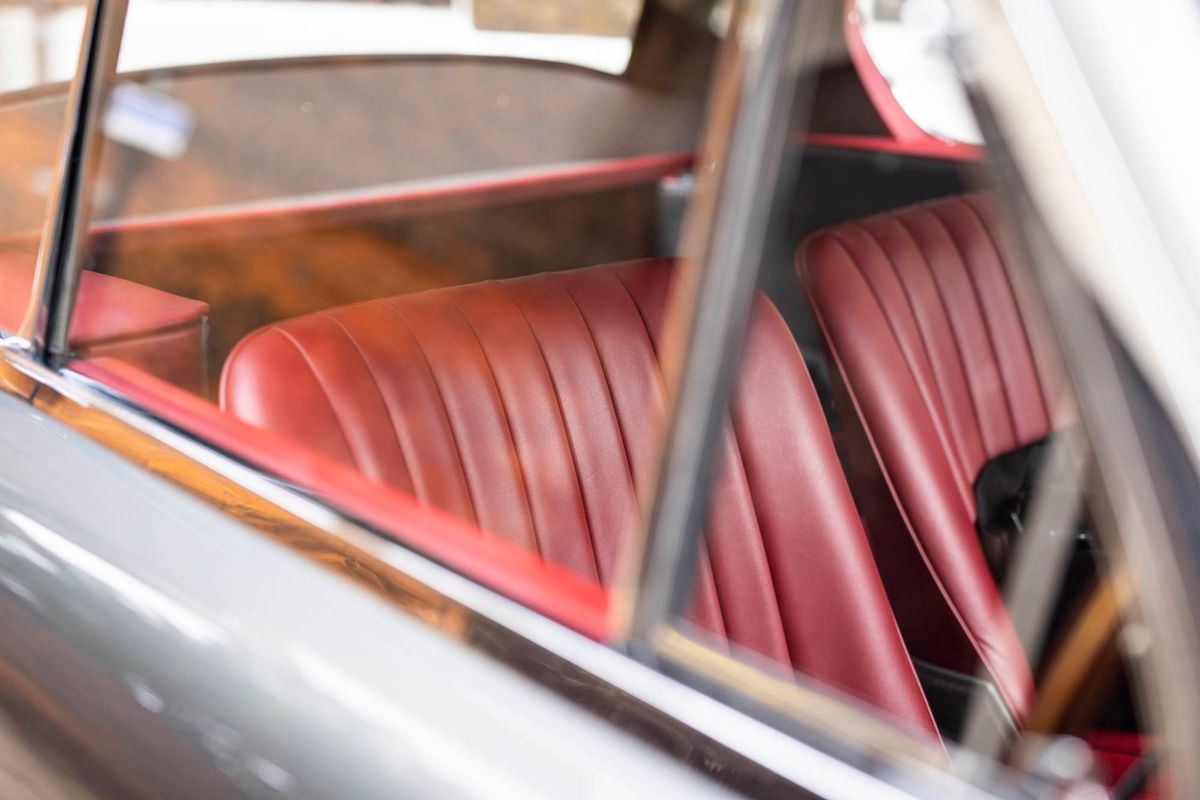 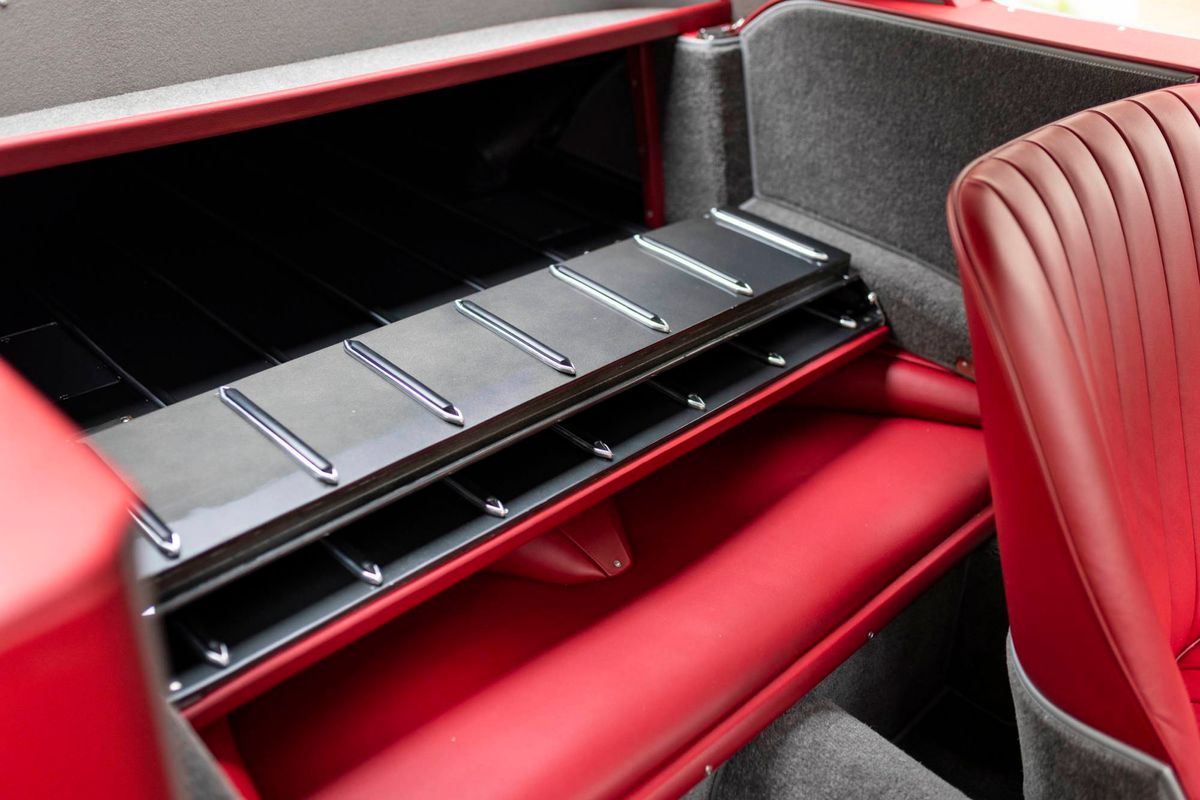 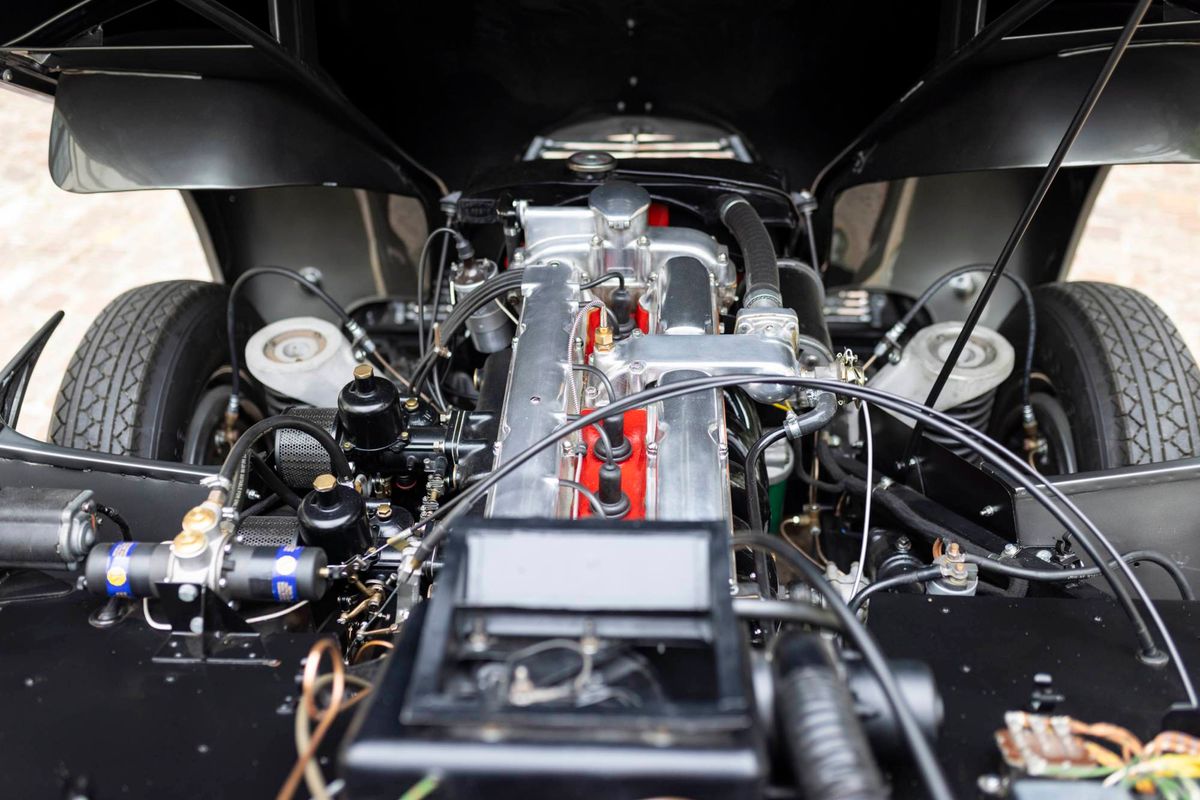 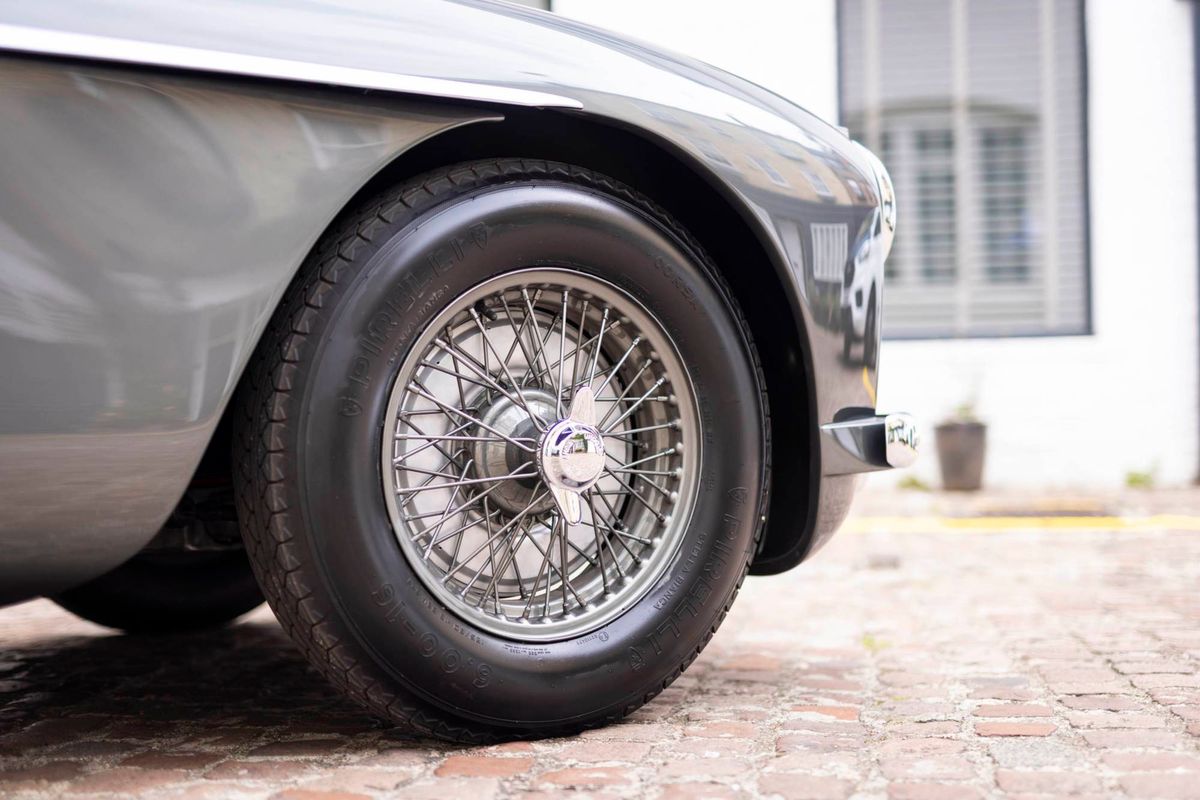