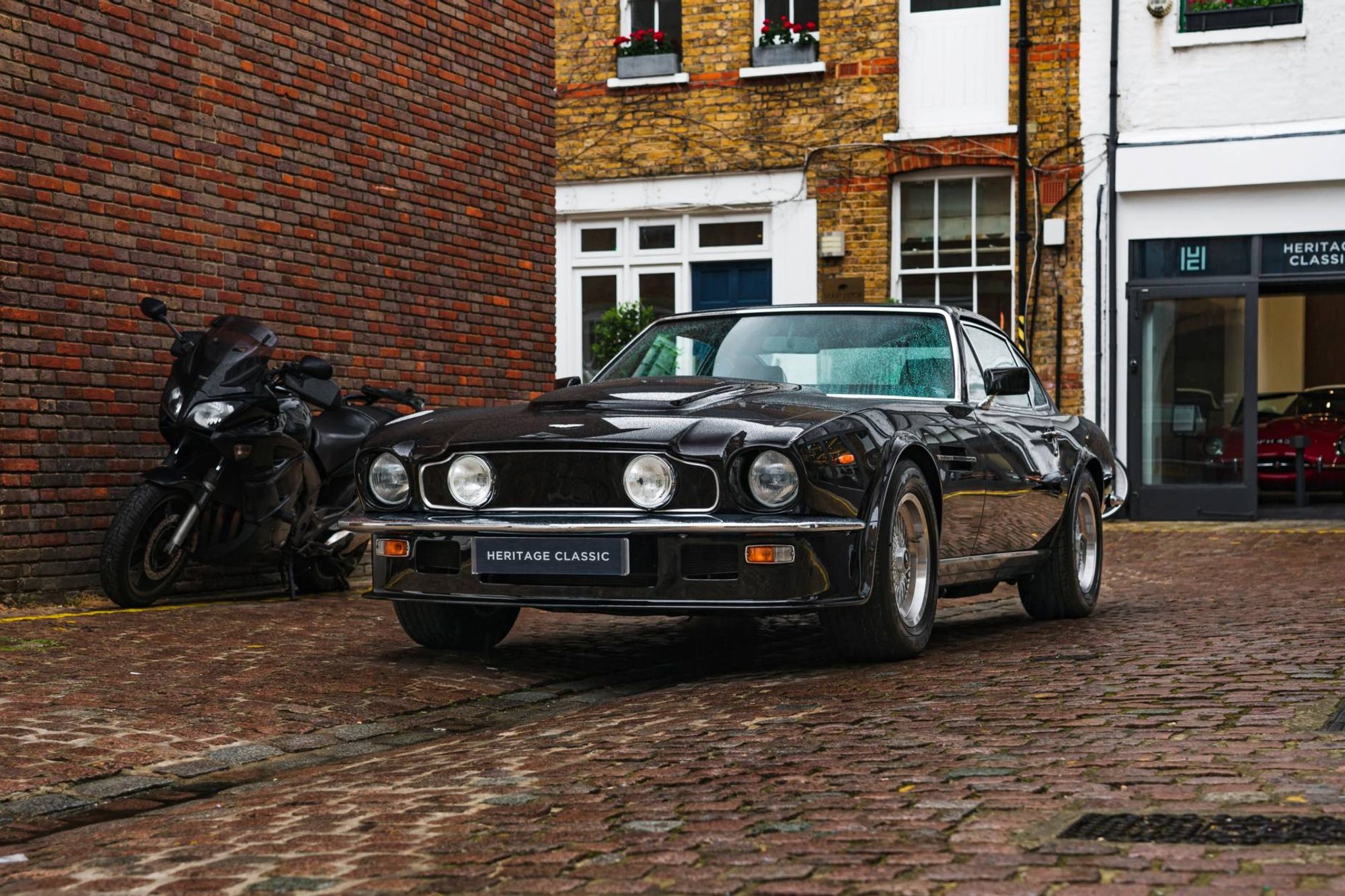 The Aston Martin V8 Vantage was hailed as "Britain's First Supercar" for its 170 mph (270 km/h) top speed when introduced. Its engine was shared with the Lagonda, but it used high-performance camshafts, increased compression ratio, larger inlet valves and bigger carburettors mounted on new manifolds for increased output. Straight-line performance was the best of the day. When Motor Magazine tested the V8 Vantage V580 it produced incredible 0 to 60mph time of 5.2 seconds was recorded, which was quicker than the Ferrari Daytona, its main competitor of the time !

One of the most noticeable features was the closed-off hood bulge rather than the open scoop found on the normal V8. The grille area was also closed off, with twin driving lights inserted and a spoiler added to the boot lid. The 580 Vantage was more of a mechanical update which included: 16-inch (406-mm) wheels, and the more powerful V8 from the limited-edition V8 Zagato.
Supplied new in 1980, the second owner, Mr James Wooley, acquired the car in 1988 and in 1989 he instructed Hyde Vale Garage to covert the Aston to X-pack specification in every detail with a bill totalling £30,000.00. Since then, it has been meticulously maintained by marque specialist, Pugsley & Lewis who subsequently purchased the car in 2000. Pugsley & Lewis restored the car to a beautiful high standard, even replacing any corroded chassis elements with stainless steel. The engine capacity has been increased to 7.3 litres propelling this car to 0-60 mph in 4.5 seconds and on to a top speed of 180 +mph! Presented in Pearl Black with red hides, this car is simply stunning.

Our magnificent and highly documented Vantage Coupé is available for immediate inspection at our central London showrooms. Without doubt a rare opportunity to acquire this highly desirable Vantage which is fast becoming rare and highly collectable. 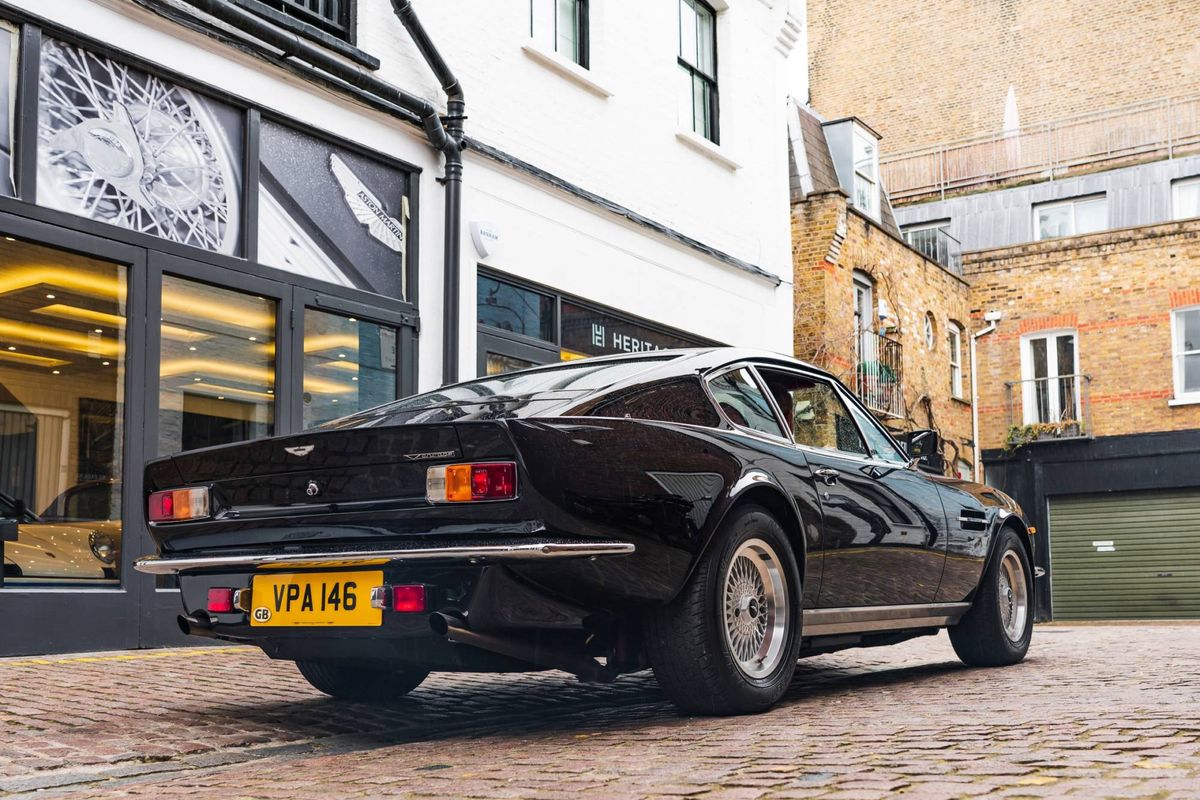 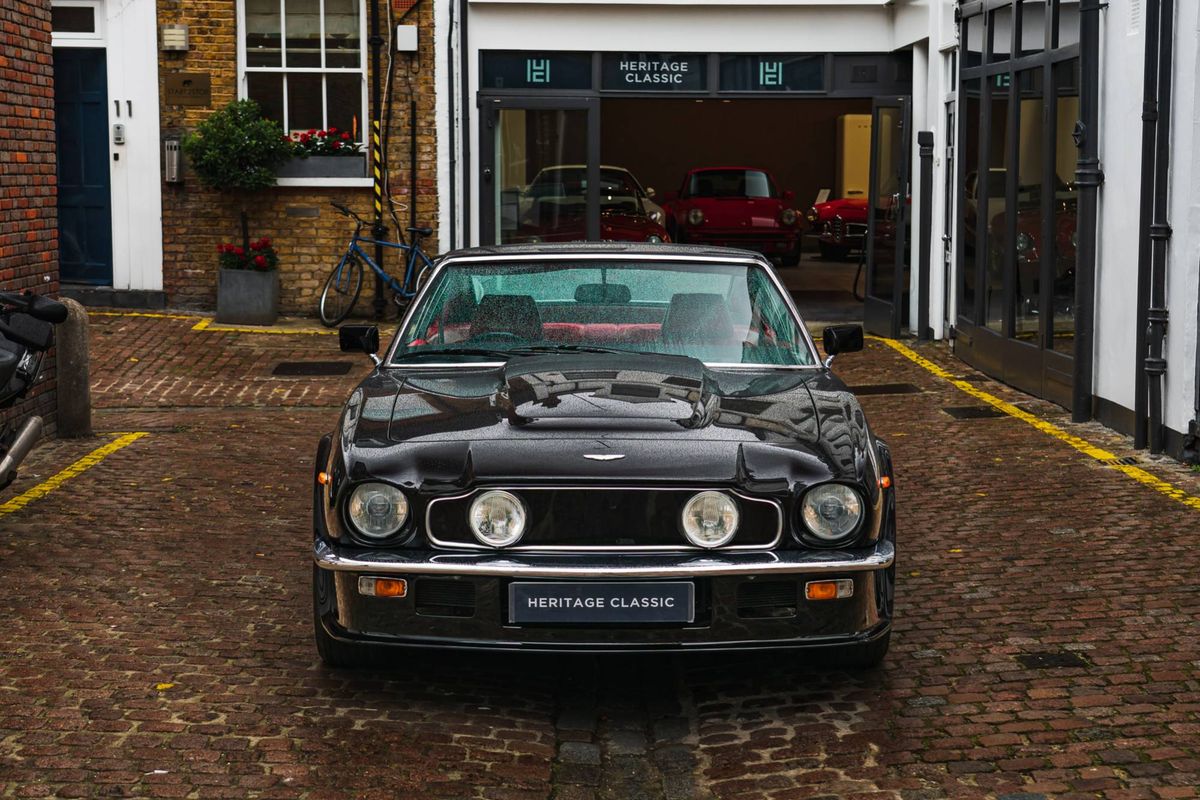 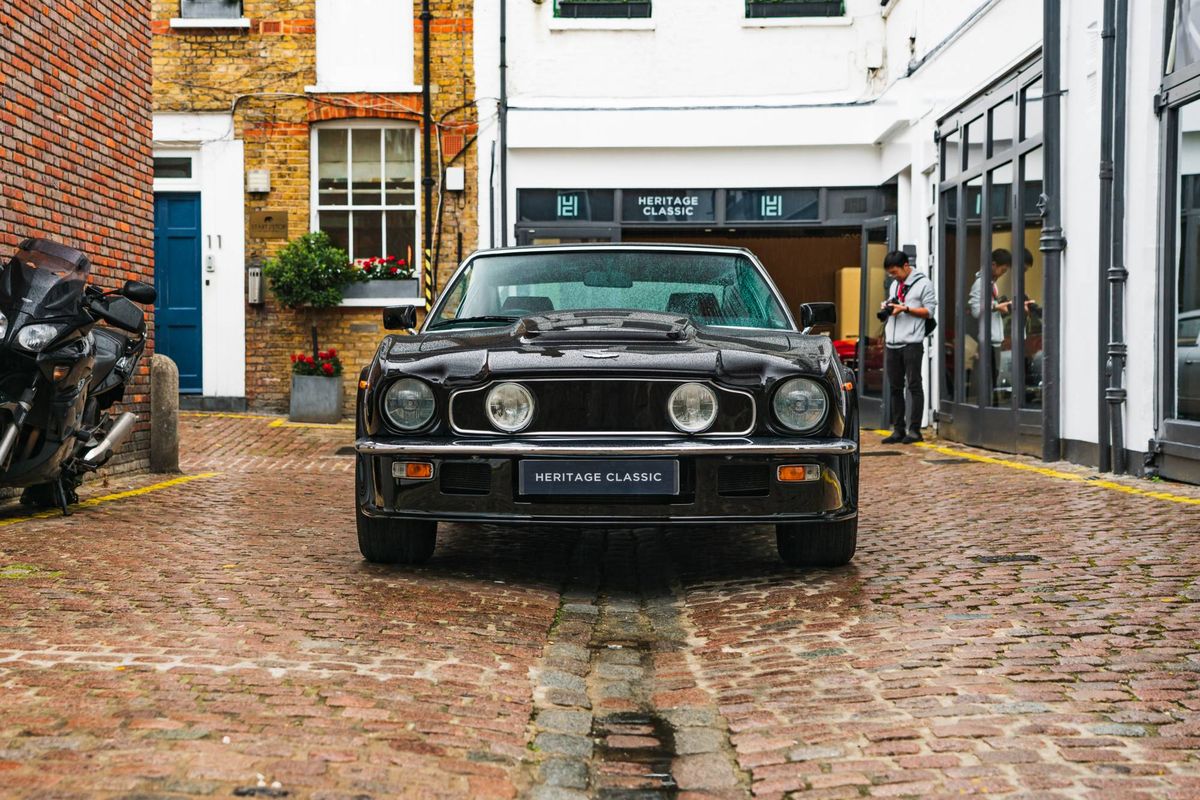 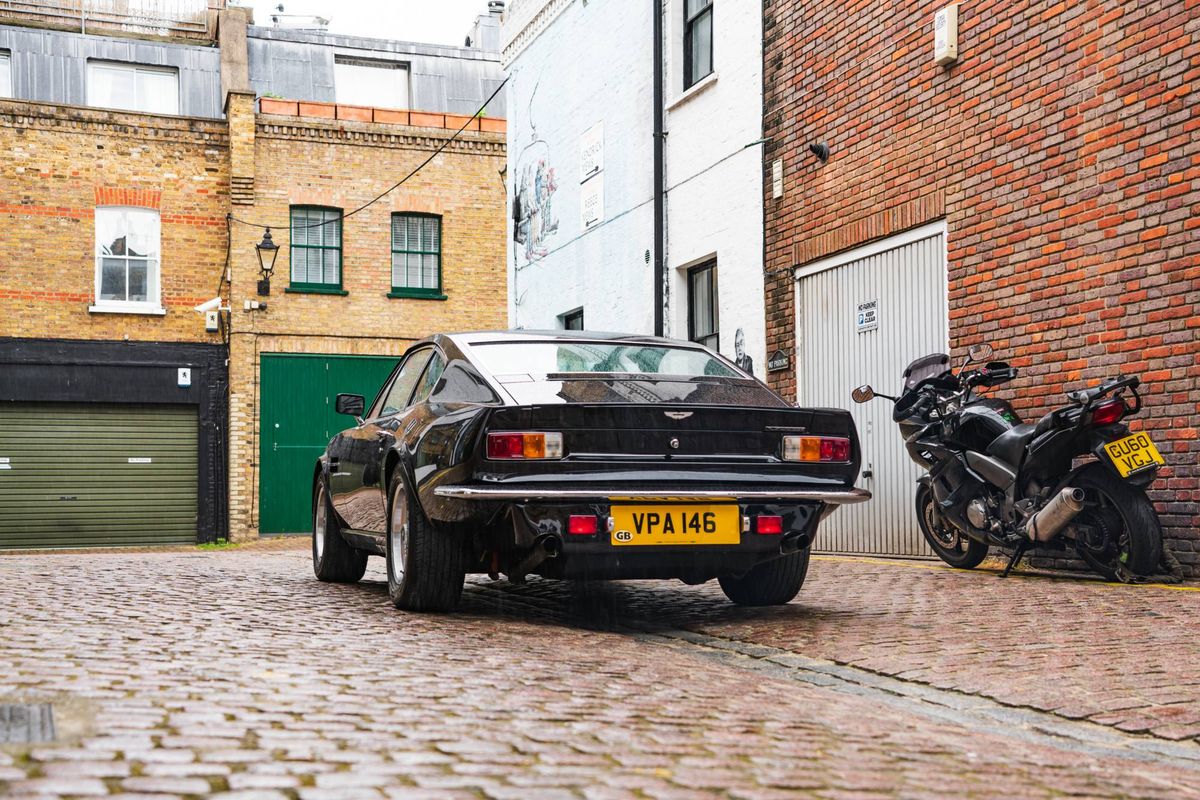 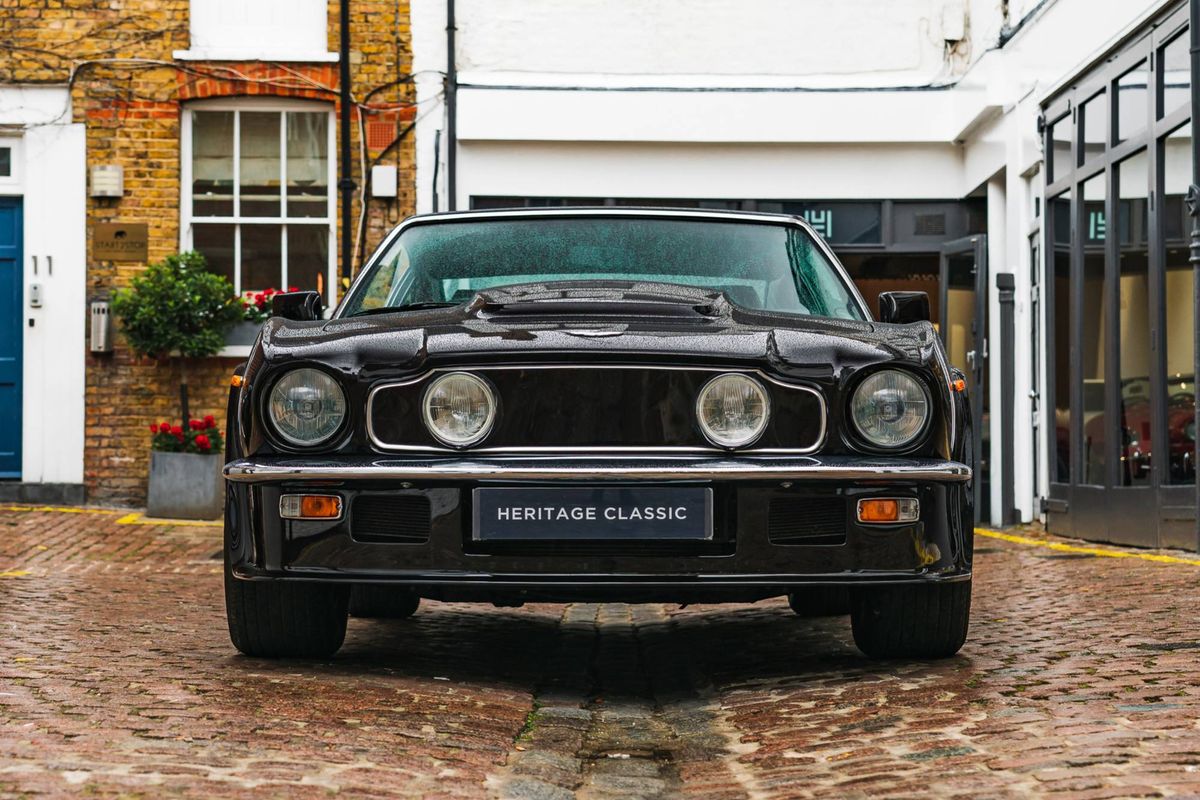 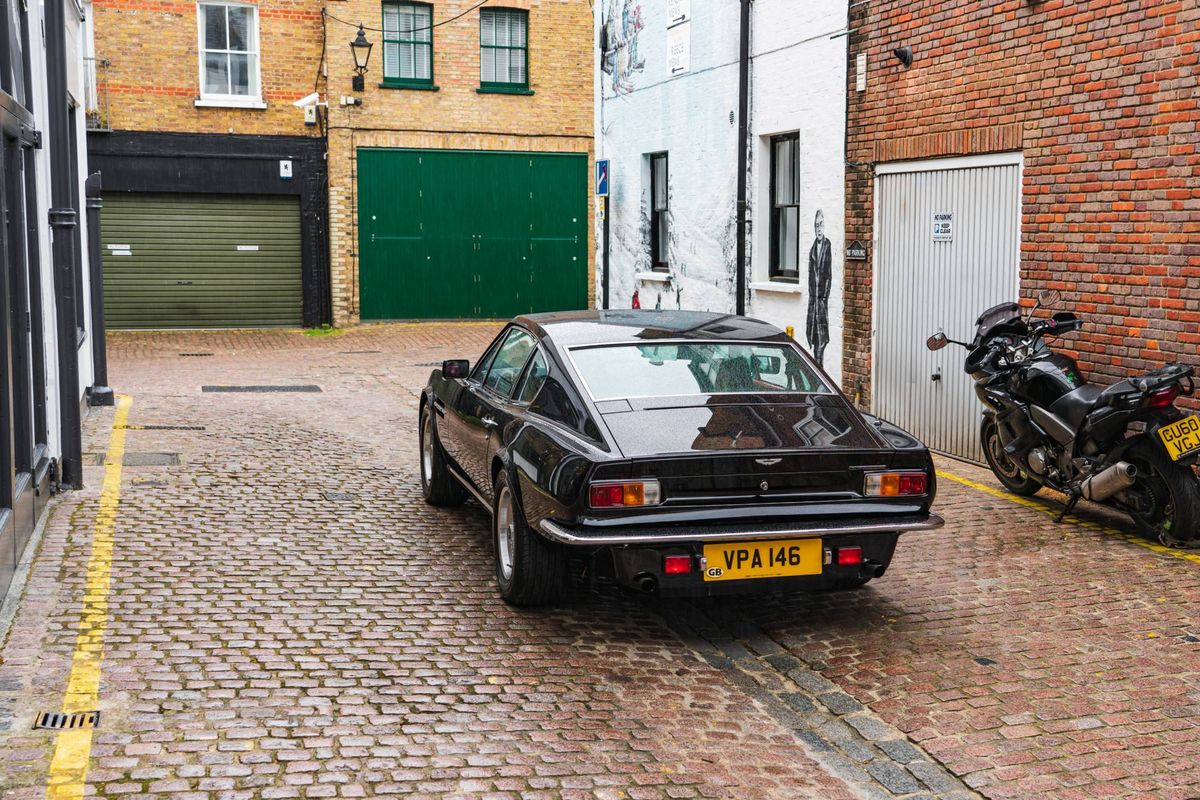 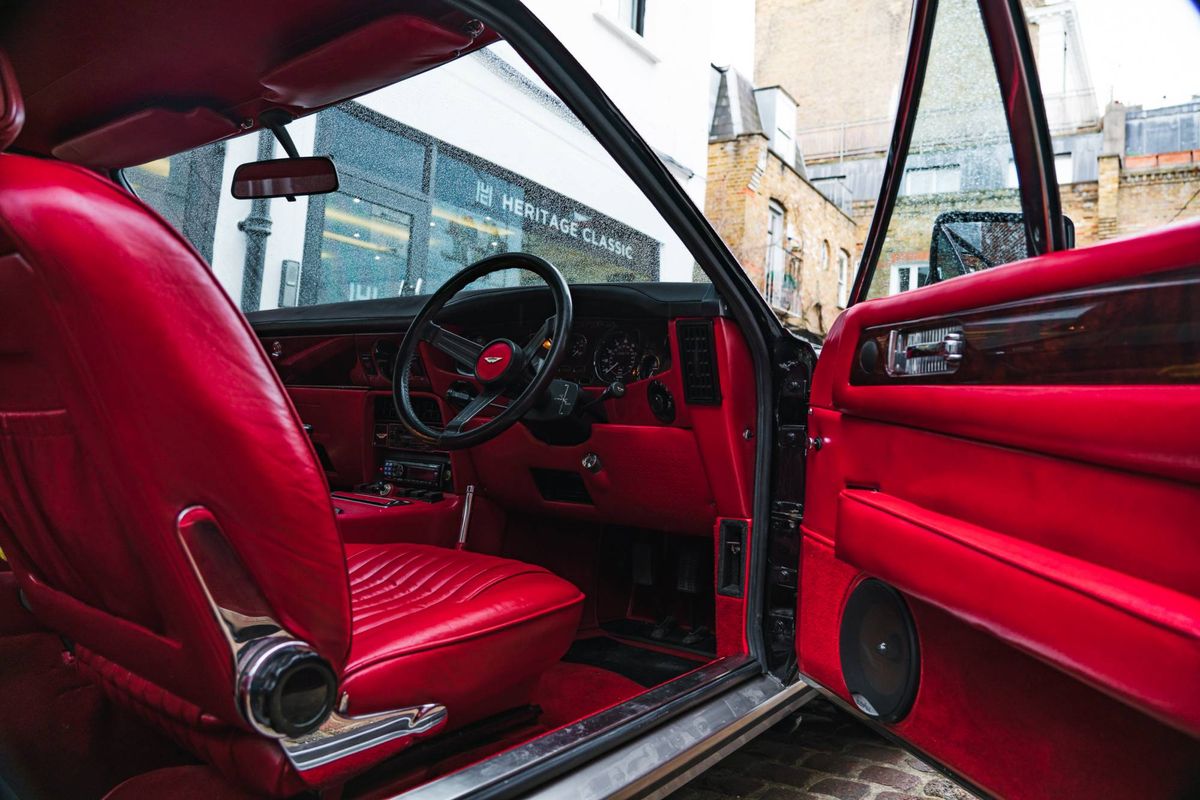 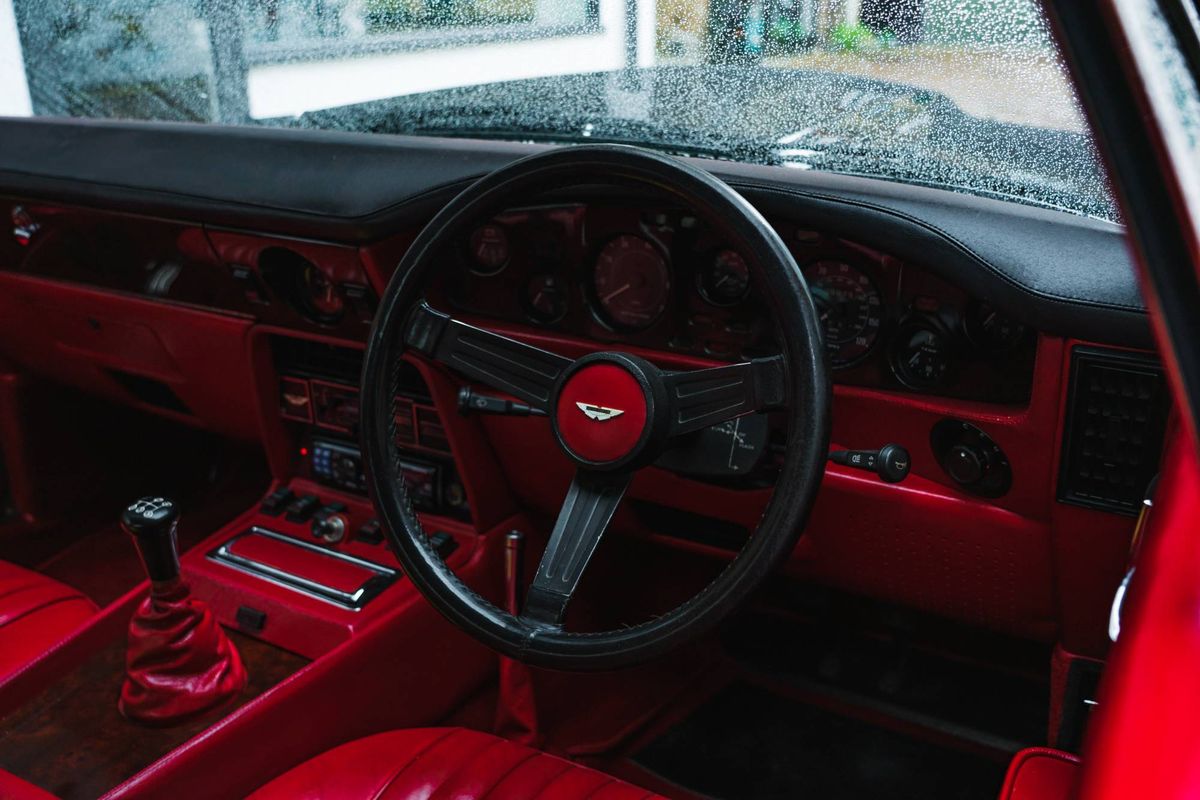 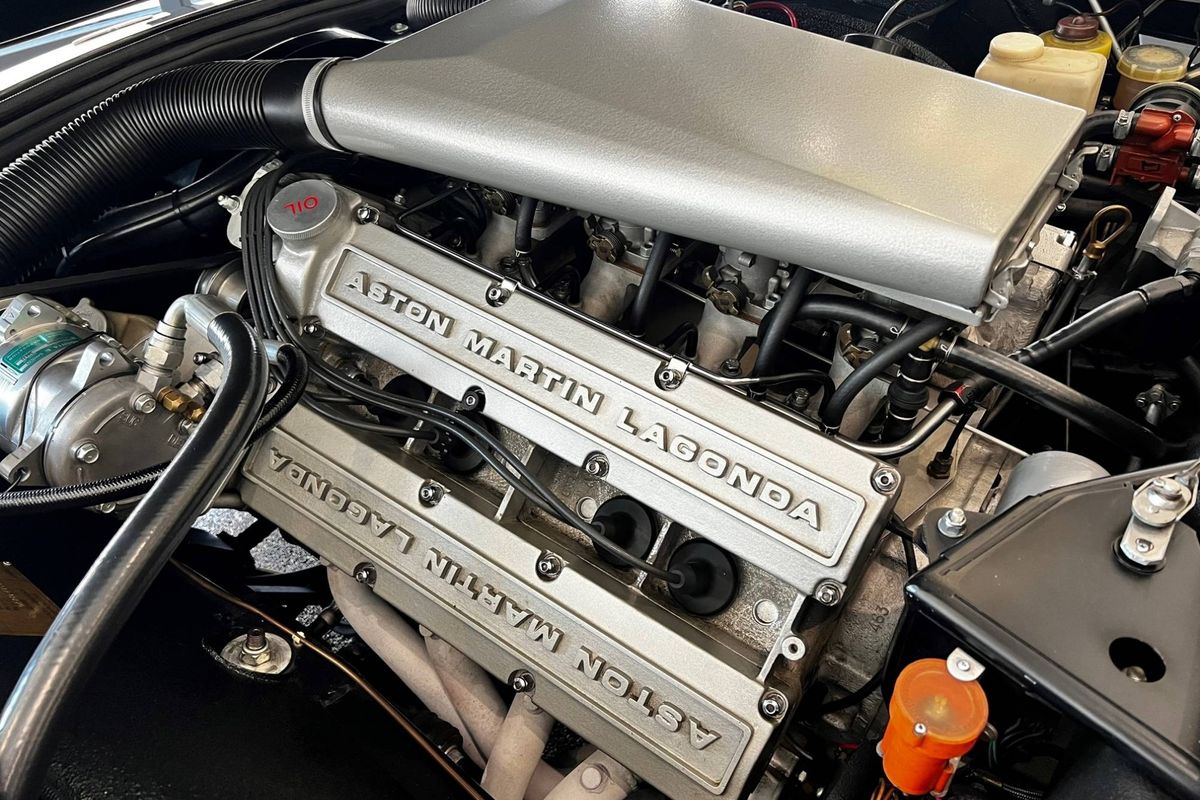 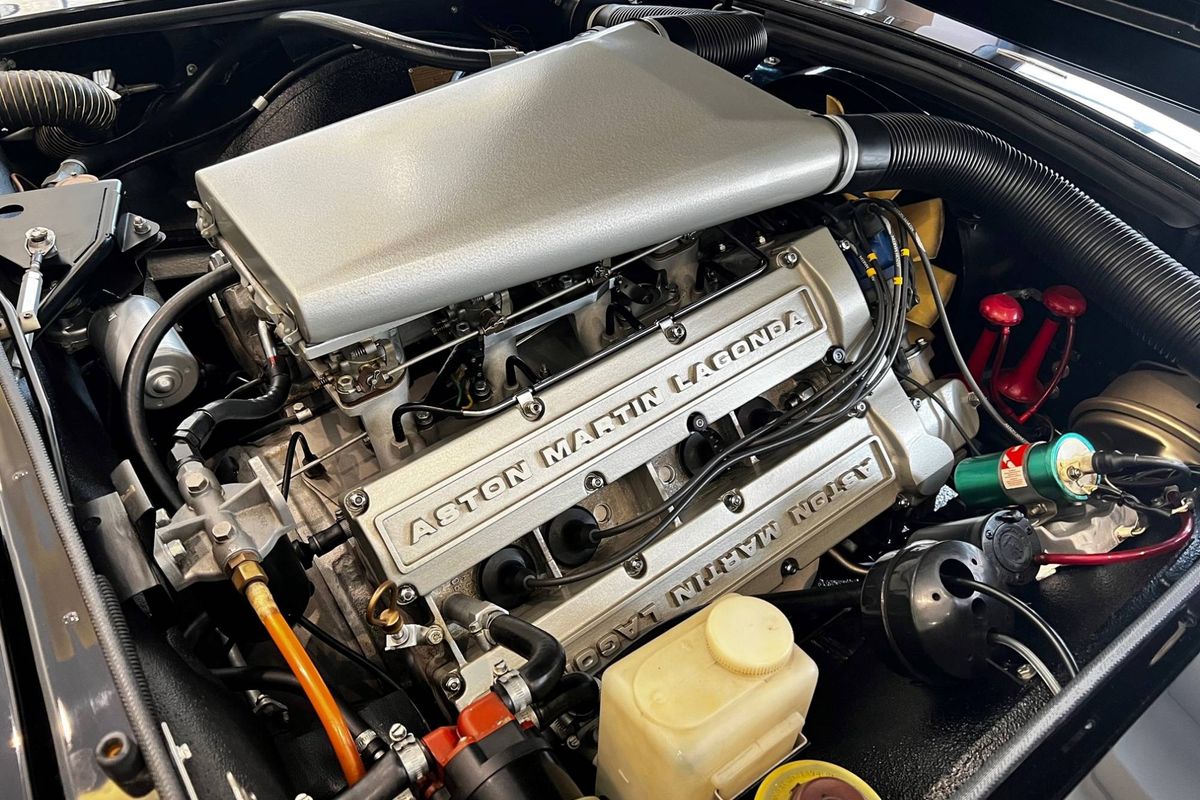 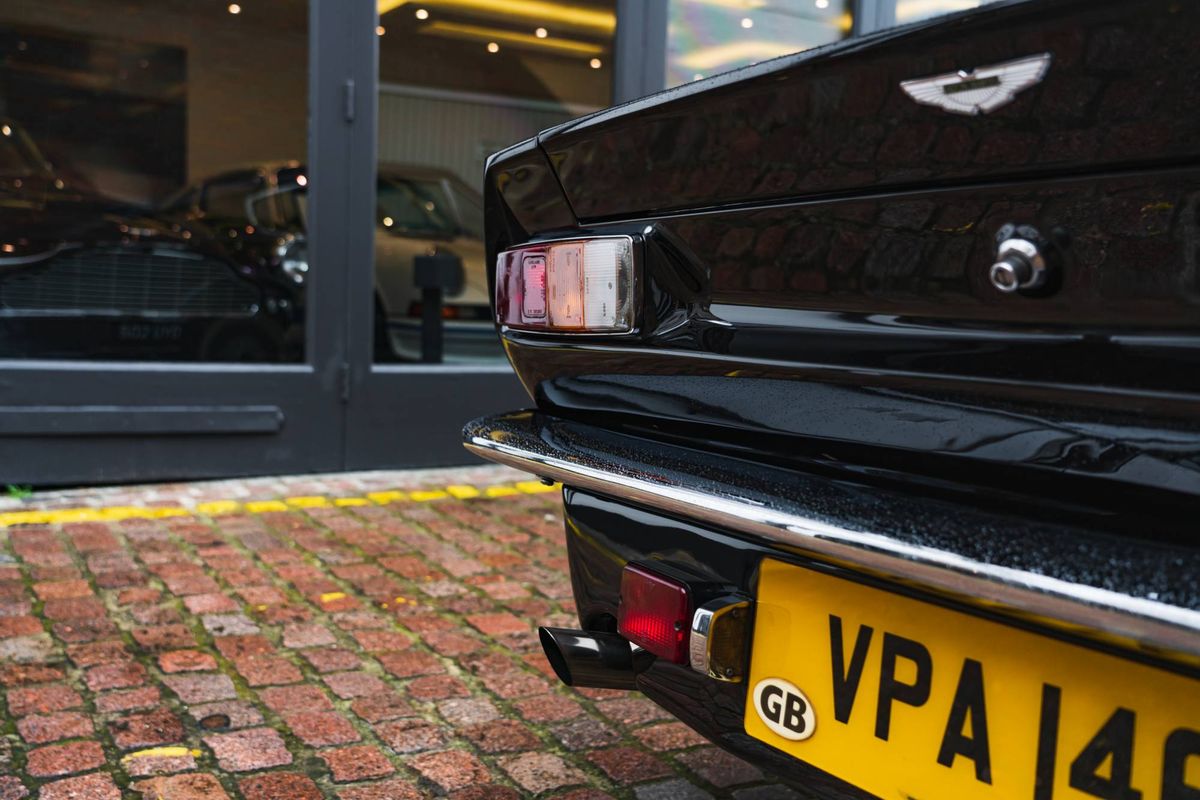 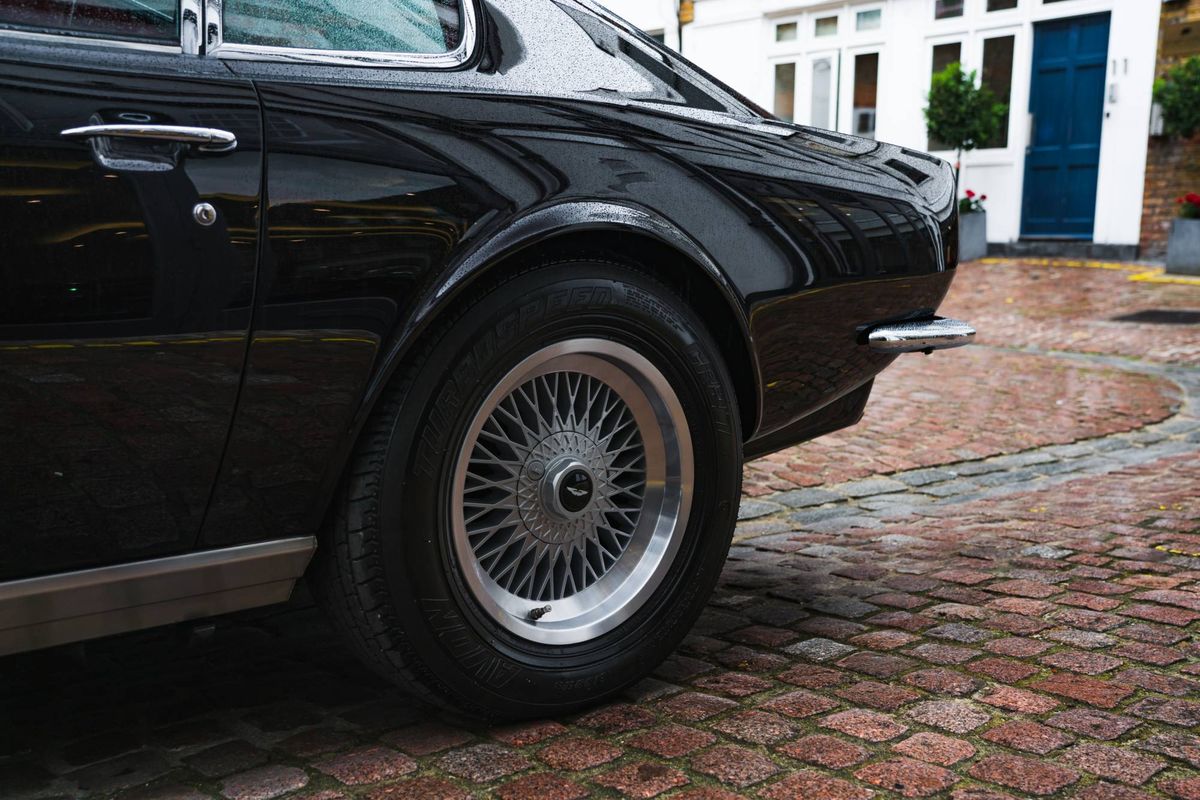 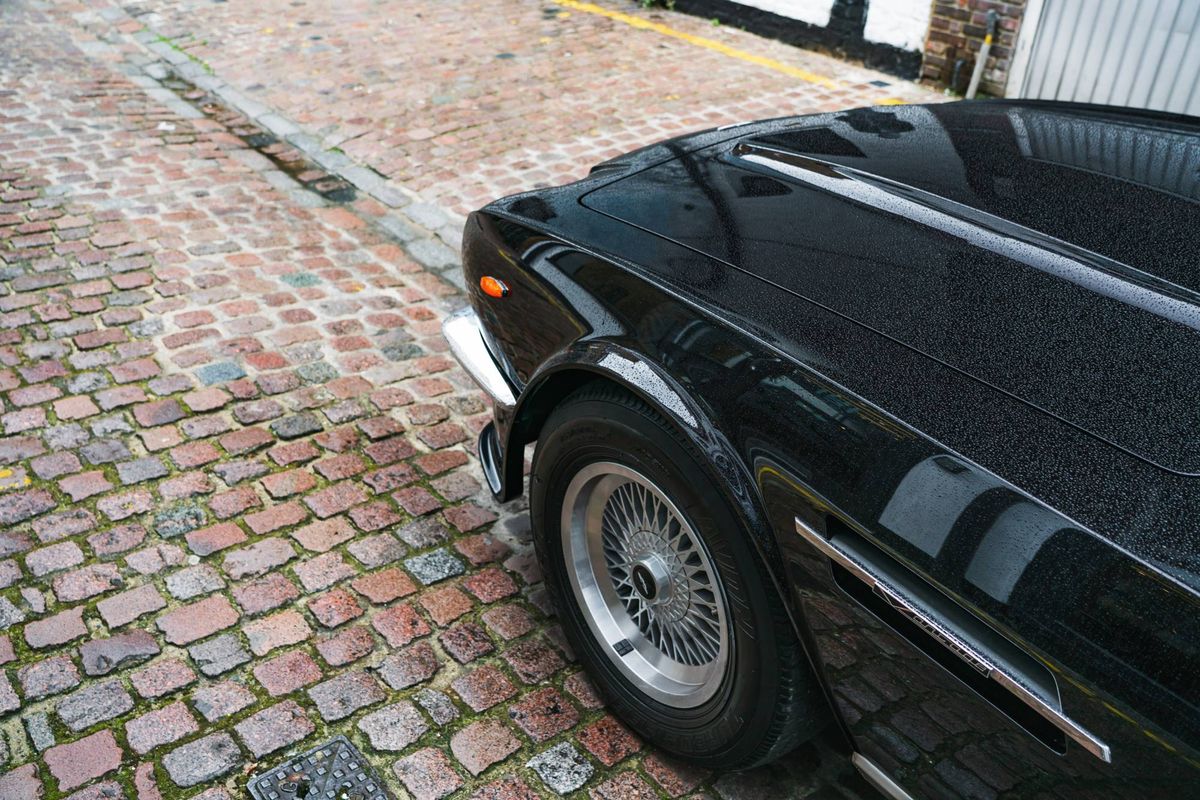